Owen Schinkel is a bluegrass musician from the Netherlands, a friend of his father introduced him to bluegrass music and he never let go of it after that. Short after the exposure to bluegrass music he decided to pick up an instrument, his weapon of choice became the squareneck resonator guitar. This is instrument is also known as the Dobro. After a few years of practice and running into the boundaries of the bluegrass scene in the Netherlands Owen decided to move to the United States to pursue a study in bluegrass, old time & county music studies at the East Tennessee State University in Johnson City. East Tennessee is an area which is known for its high concentration of bluegrass music and musicians. In 2016 Owen became a recipient of the so called Creative Arts scholarship from the East Tennessee State University which made it possible to study in the United States.

Recently Owen has moved to Ireland in to pursue his musical career together with mandolinist Kylie Anderson, who is also his partner. Together Kylie and Owen are working on a duo group called “Long Way Home.” They’re planning to record an EP and perform in Ireland, the Netherlands and the United States in 2020.

The following video is a small documentary about Owen and his discovery of Bluegrass music. Owen was rewarded the Creative Arts scholarship with submission of this video. The video also tells his story why he wanted to move to East Tennessee in the first place. Enjoy!

Strings:
Looking for a string endorser 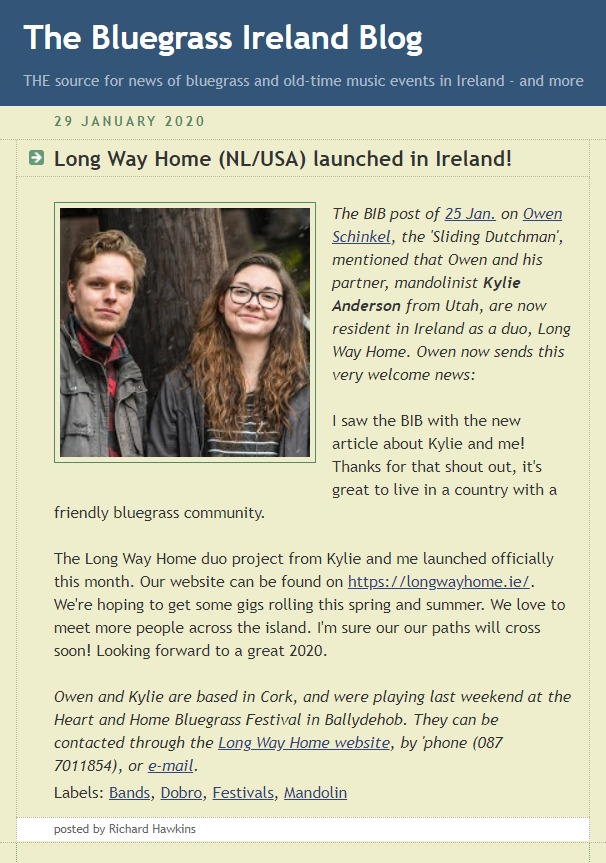 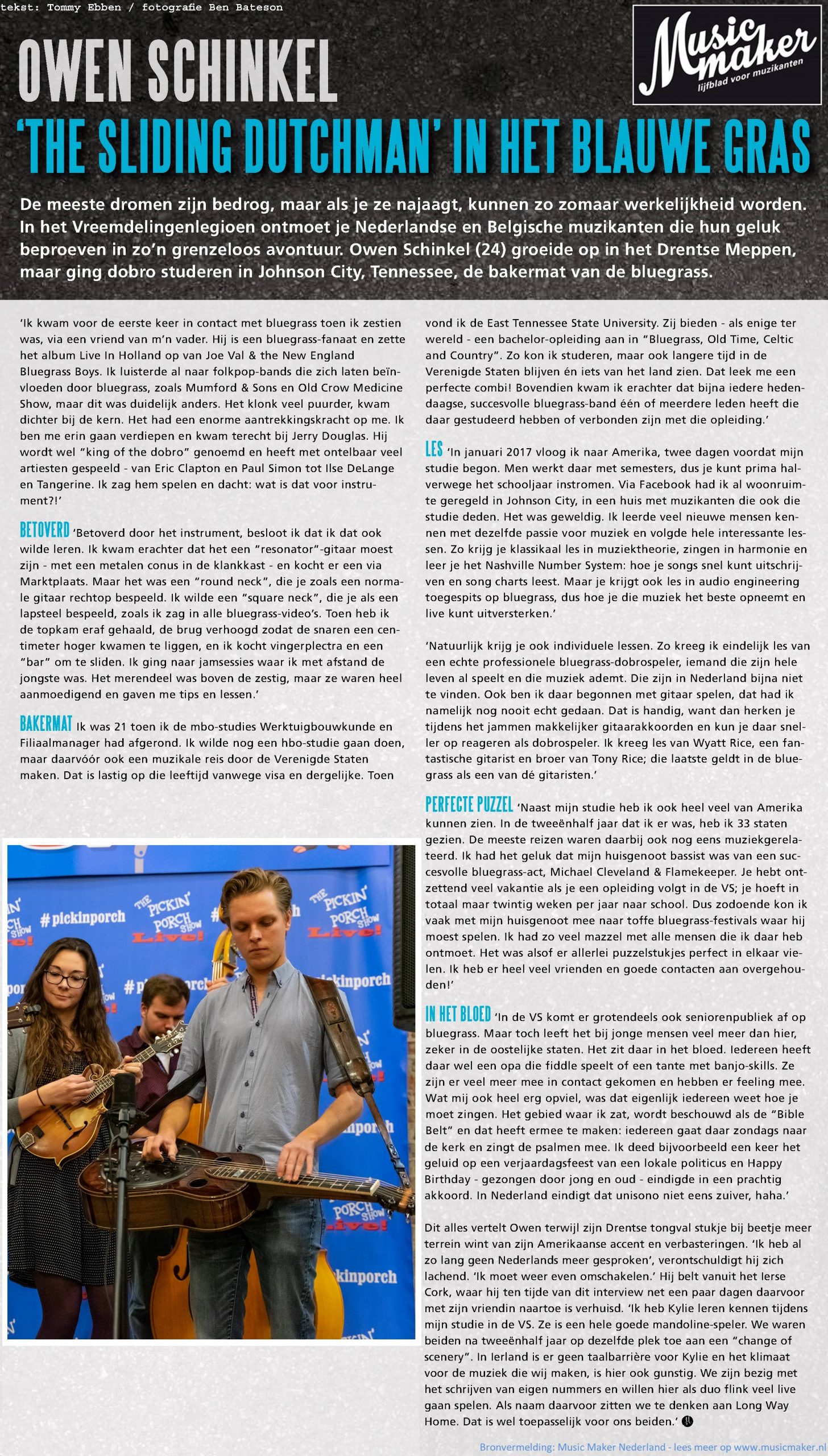 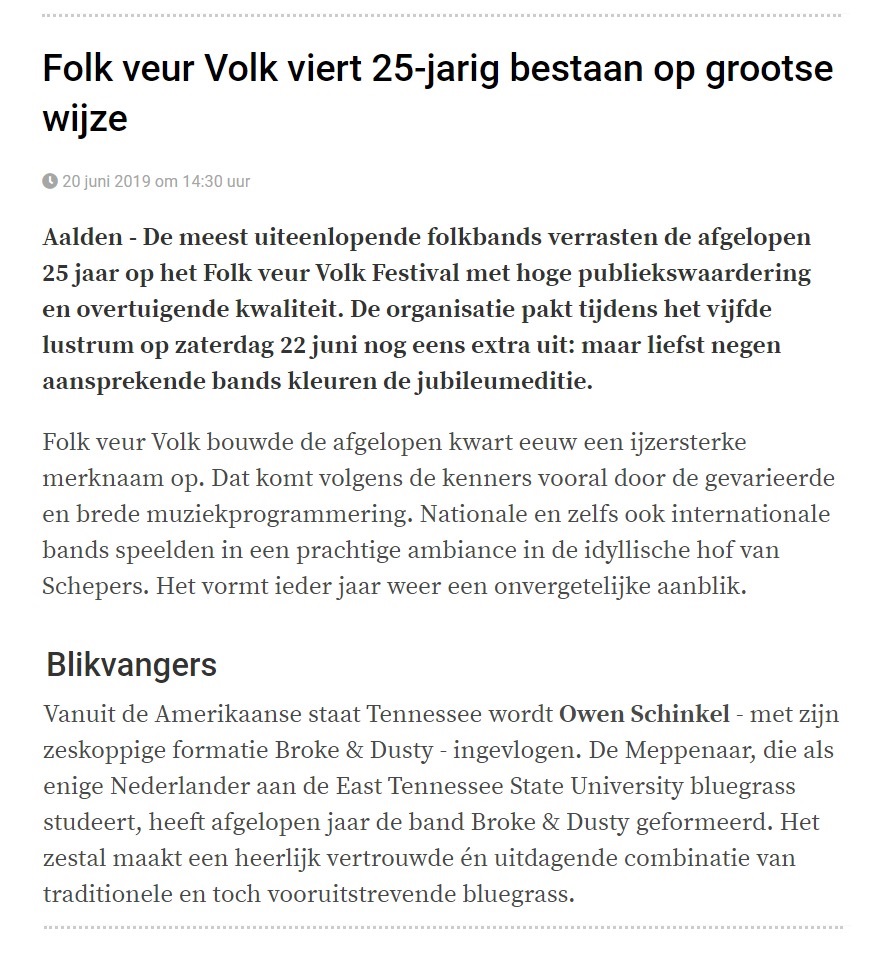 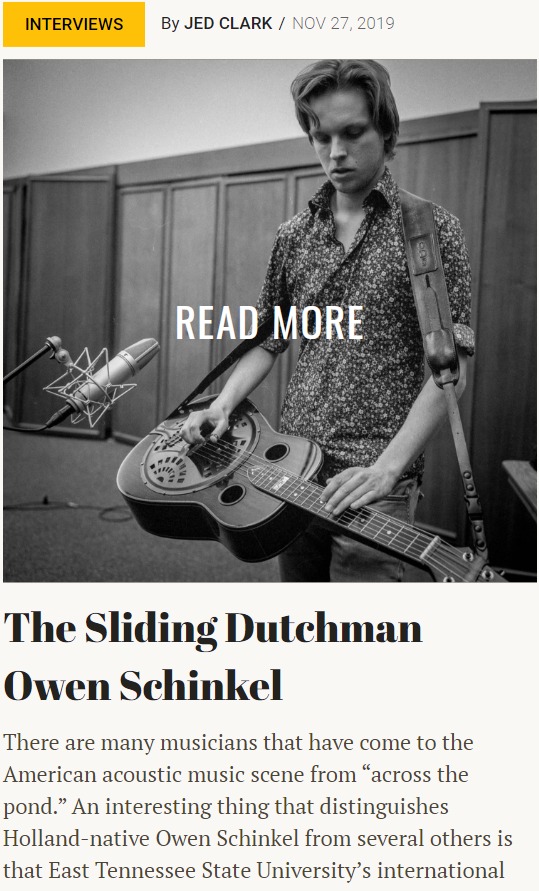 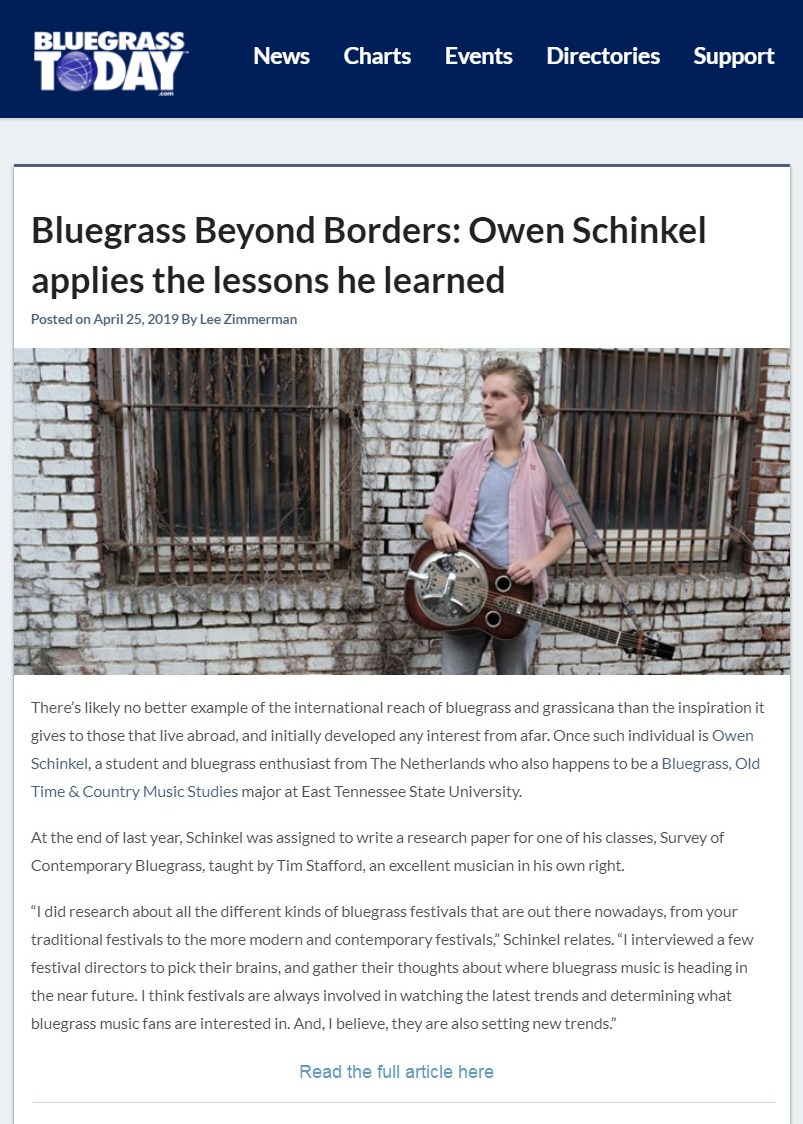 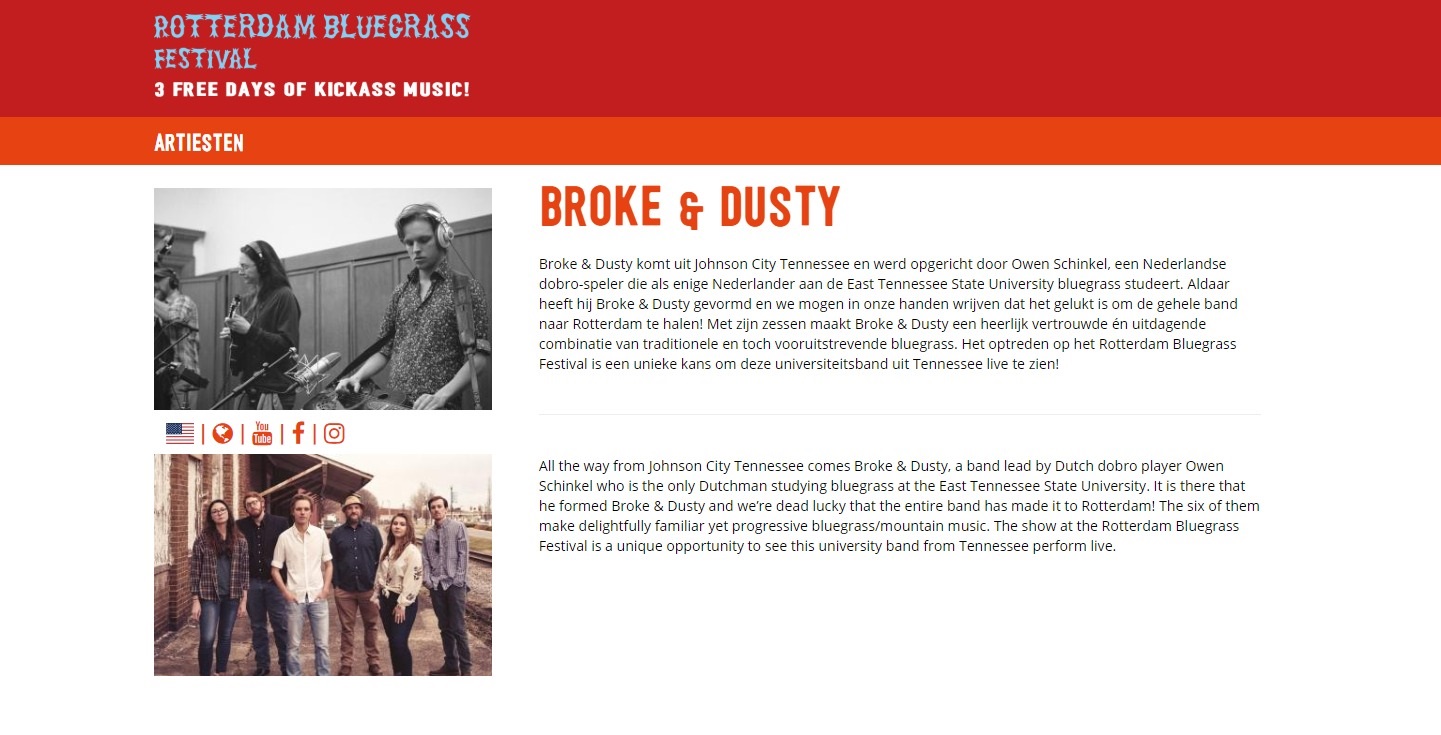 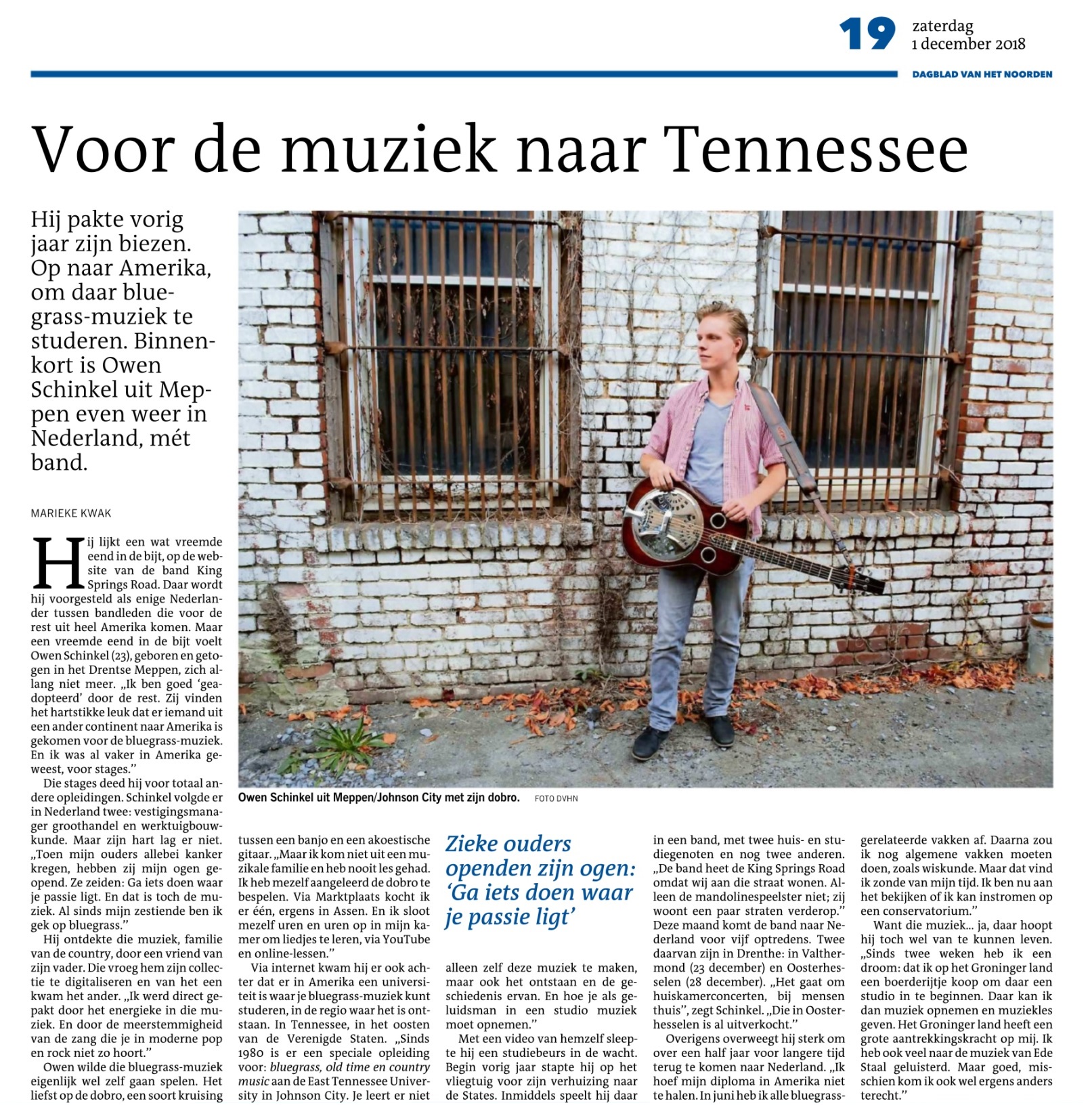 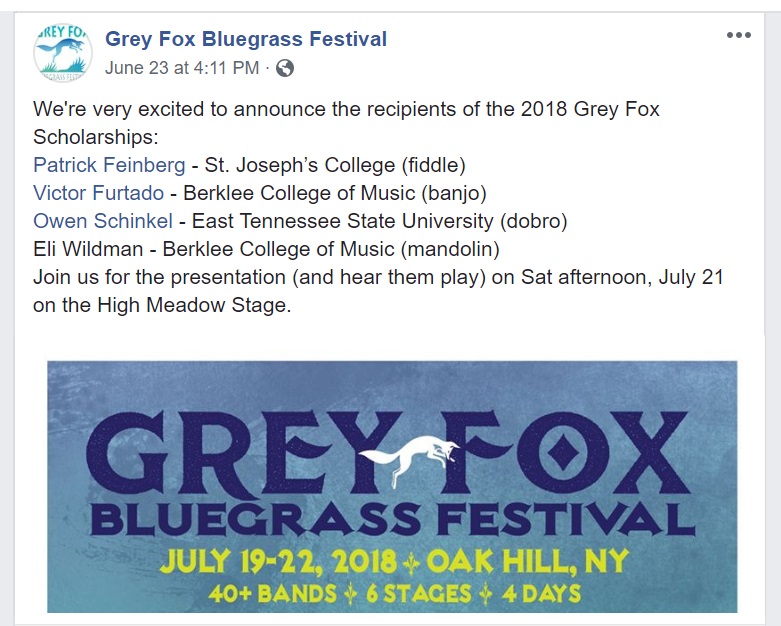 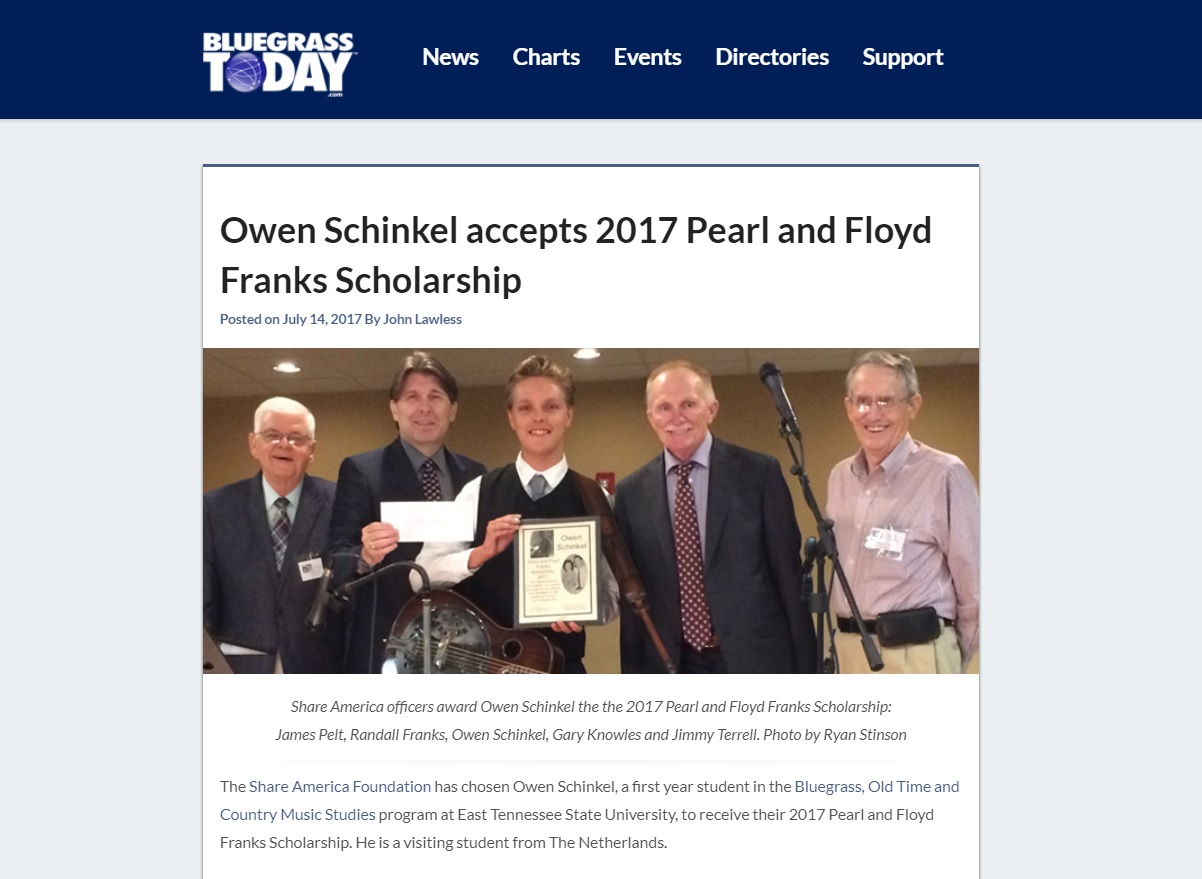 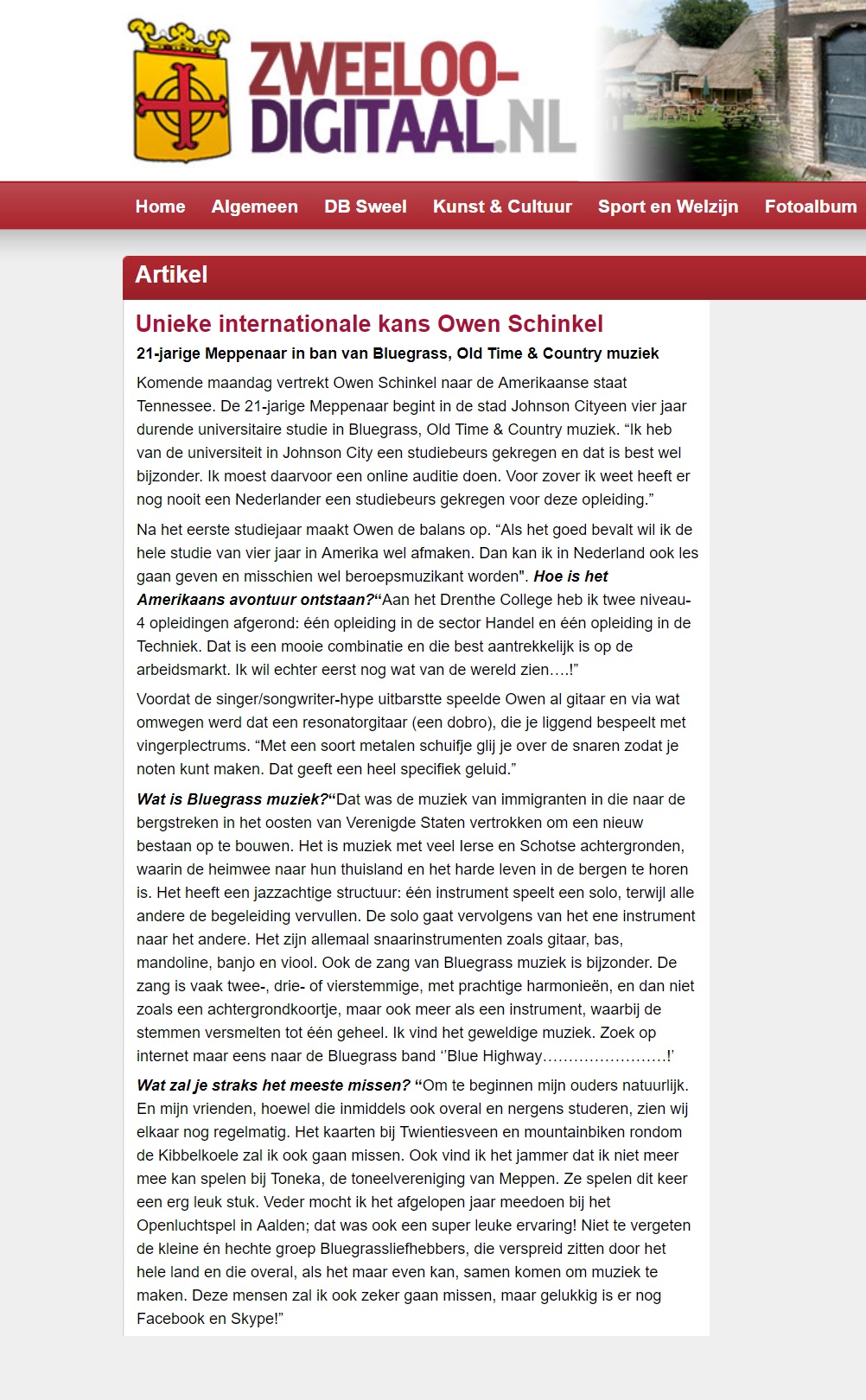